BEST RATE GUARANTEED: only on our official website you will have the guarantee of the cheapest rate
For medium and long-term stays please contact us directly, we are available for custom rates and business conventions for extended stays. Price List

In a quiet corner in the famous residential district Cit Turin, a lively and elegant place, you are just a few steps from Torino Porta Susa Station, the subway, the Court and the bus station.

Railway station TORINO PORTA NUOVA:
catch the metro (or tramway no. 1; or bus no. 56) till the stop Torino Porta Susa railway station

by taxi, around 30 minutes, cost around euros 30,00:
ProntoTaxi o RadioTaxi 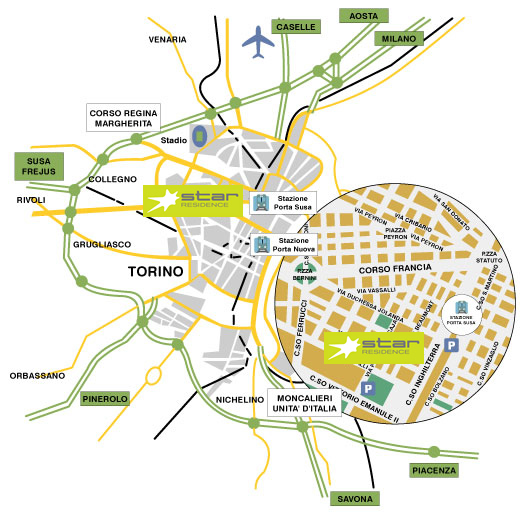